In 2003, Claudia Ferri was nominated as Best Supporting Actress at the JUTRA AWARDS and  CANADIAN COMEDY AWARDS for her role as the neurotic sister, Anna Barberini, in Mambo Italiano, and in 2005, she won the Outstanding Female Performance ACTRA AWARD as the serie's lead, Elena Batista, in Ciao Bella. She portrayed the Italian Mafia boss’s wife, Christina Panzoni, in Omertà II. One crucial scene between her character & her Mafia boss husband made Quebec’s top 10 television events that year.

“The earth, my village” is a phrase that depicts Claudia Ferri well, as she was born into a multicultural family in Montreal, where Italian, French, English and Arab could be heard at family reunions. It’s no surprise that she is multilingual (English, Italian, French and Spanish) on screen too. The eastern coast of U.S.A. is a familiar scene to her, as many of her childhood summers would see the family traveling down to New York State, New Jersey, Pennsylvania and Massachusetts, where they would visit cousins and relatives. Later, her parents built a home and took up residence in Naples, Florida. Claudia was in fact visiting her parents in Naples when a phone call from her agent informed her that she was considered to play opposite Aidan Quinn & Donald Sutherland in The Assignment, which proved to be her first big break in film…

Claudia Ferri stars in the bold and exciting story of La Marraine (The Godmother) based on true events in Montreal during the 90’s in drug trafficking scene, which airs this April 2nd  2014 on Série+

In the fall of 2012, Claudia shot Season I of Direct TV’s Rogue, as Lieutenant Sophia Hernandez opposite Thandie Newton and Marton Csokas.

In 2011 and 2012, the role of Nicole Jackson, the Native American band chief in the AMC series The Killing, brought Claudia to a wider audience and appreciation for her stand out character roles.

In the summer of 2010 she reunited with Aidan Quinn in Across The Line: The Exodus of Charlie Wright as Mary, a Mexican escort haunted by the fact that her undeniable beauty is beginning to fade.

2009 she was cast for the web series and voiced characters both in English and French in the mega popular video game Assassin’s Creed II; Lineage.

Throughout the years Claudia Ferri was also cast as the Caucasian sister, mother, curator, meanie, sweetie and the list goes on! 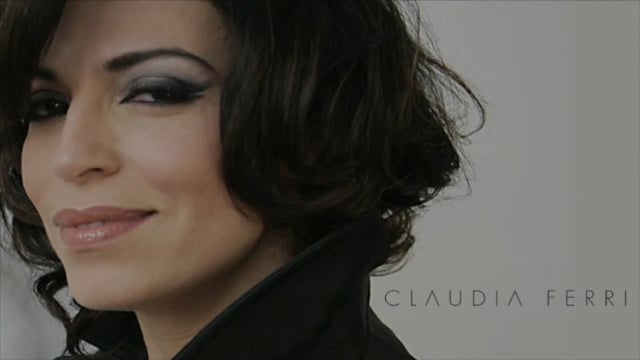