From the screen to the stage, Emmanuel Schwartz is a passionate and multidisciplinary artist. For over a decade, he has worked with avant-garde companies such as the National Centre of Arts in Ottawa, the Festival TransAmériques, La Chapelle Scènes Contemporaines, and the Centre du Theatre d’Aujourd’hui, where he has presented his own creations Chroniques, Nathan and L’Exhibition, amongst others. He collaborates with talented creators such as Wajdi Mouawad, Denis Marleau, Dave Saint-Pierre, Mani Soleymanlou and Jan Lauwers’ renown Needcompany, in addition to creating his own path in film with the works of Xavier Dolan (Laurence Anyways), Denis Villeneuve (Next Floor), François Girard (Hochelaga, terre des âmes, best supporting actor at the 2018 Iris awards) and multiple others.

He wins best actor in a web series at the 2020 Gémeaux Awards and in festivals throughout the world for his title role in L’Écrivain Public. In 2016, he is nominated by the ACAD for his interpretation of Lucky in Waiting for Godot directed by François Girard at the TNM, an award he receives the next year for his Tartuffe by Denis Marleau.

In television, we have seen him in Blue Moon, Lâcher Prise and Virage. He is also one of the lead characters in TVA’s series Hôtel.

He is a part of an electrifying duo with Celine Bonnier in Crimp’s When We Sufficiently Tortured Each Other at the Prospero Theatre in 2022, directed by Christian Lapointe.

Emmanuel also teaches at the UQAM and the Professional Theatre School of the College Lionel-Groulx, where he creates Projet Pigeons, his first feature film directed during the pandemic with the graduating class of 2022 and various artistic accomplices.

In 2022, he is the spokesperson of les Rendez-Vous Québec Cinéma’s 40th edition.

His next creation for the stage, Le Partage, a play he wrote, directed and performs, will premiere at the Chapelle Scènes Contemporaines in May of 2023 before going to Ottawa’s French Theatre of the National Arts Center. 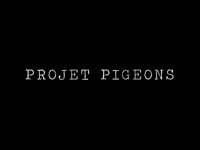 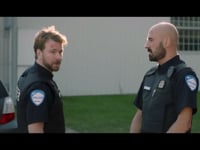