Upon graduating from the Conservatoire d'art dramatique de Québec, Eva was entrusted with interpreting among the most significant and complex roles in theatrical repertoire, such as L'Infante in Corneille's Le Cid; Chimène, in Le Cid maghané by Réjean Ducharme ; La Fiancée, in Noces de sang by Garcia Lorca ; Pierrette, in En pièces détachées by Michel Tremblay ; Marceline, in Zazie dans le métro by Raymond Queneau ; Roberte, in Jacques ou la soumission d'Ionesco. Over the years, she has worked under the guidance of renowned directors such as Jean-Pierre Ronfard, Louise Laprade, Gervais Gaudreault, Antoine Laprise, Frédéric Dubois, Guy Alloucherie, and many others.

Audacious, she also likes to participate in experimental, new and different projects. Thus, she has played the role of Châteaugué at the Théâtre Denise-Pelletier, and in the acrobatic and trashy À quelle heure on meurt?, and more recently, in the mind-blowing theatrical cabaret, Show d'vaches au Bitch Club Paradise, which sold out in the two years it was presented in Quebec City, and again reprised in 2007. She also participates in iconoclastic puppet shows for adults with the Pupulus Mordicus Company and Le théâtre du sous-marin jaune, as well as several original creations, from small to large productions.

Amongst other performances, the public and critics alike greatly enjoyed her portrayal of Suzanne on stage at the Espace Go in Couche avec moi (C'est l'hiver), newly written by Fanny Britt.

She also performs as the female lead in the feature film Le Gambit du Fou, an independent film presented at the Rendez-Vous du Cinéma québécois and at the Cinémathèque québécoise, as well as smaller roles in other productions, including for the France 2 network.

Her work has been awarded several distinctions such as a Nicky-Roy nomination for best new actor, and a few years later, a Paul-Hébert prize for excellence in Interpretation. She is also a recipient (in ensemble) of the Masque de la Révélation de l'Académie québécoise du théâtre.

An experienced and versatile actress, known for her generosity, her energy, charisma and great emotional accuracy, Eva Daigle now wants to be more involved in the world of cinema and television, where great possibilities and challenges surely await her. 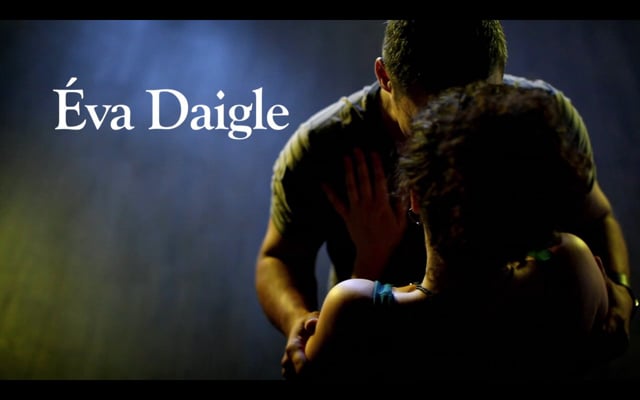 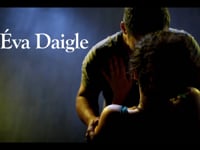 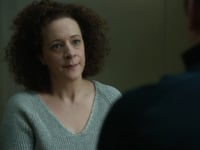