Right after he graduated from the Theater Option at Lionel-Groulx College in 2006,François-Simon Poirier worked under the direction of Claude Poissant in the play Jevoudrais me déposer la tête with PàP Theater (finalist for the Critics’ Prize). He thenparticipated in several youth theater productions (Faux Départ and Le Grand méchantloup by Dynamo Theater, Alice aux pays des merveilles by Tout à Trac Theater). He alsoworked on summer plays, for example Sacrée Famille at the Théâtre de l’Île.
He is a member of the company LAB 87, which produced, among others, Toutes leschoses parfaites, a solo he performed at La Licorne in 2016 and 2017, directed byFrédéric Blanchette. Critically acclaimed, this play by Duncan Macmillan (translated byJean-Simon Traversy) was then presented backstage at the Jean Duceppe Theater.
Since 2016, he has been in the cast of Sherlock Holmes et le chien de Baskerville by theThéâtre Advienne Que Pourra, his fifth collaboration with this company. He was alsodirected by Frédéric Bélanger in La Fausse malade, Le Distrait, Le tour du monde en 80jours (Around the World in 80 Days) and D'Artagnan et Les trois mousquetaires. Wewere able to see him at the Prospero Theater in Mazal Tov. He is also in À la recherche d’Elvis, directed by Michel-Maxime Legault, presented at the Théâtre des Cascades.
Having completed his dubbing internship at the Montreal Conservatory of Dramatic Artsin May 2009, François-Simon has already lent his voice to several characters. He hasbeen heard in series such as Winston Steinburger, Vikings, The Next Step and in filmslike Brooklyn, Carol and How To Be Single.
On television, he made an appearance in the series Les hauts et les bas de Sophie Paquin,Penthouse 5.0, and Trauma on ICI Radio-Canada (CBC). He was also in the web seriesTraitement choc. 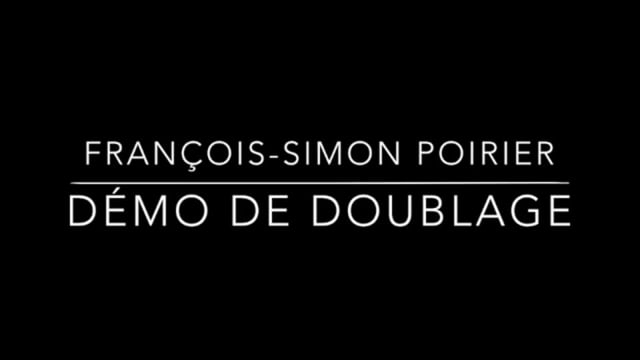 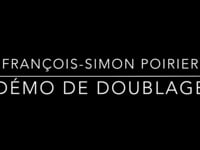 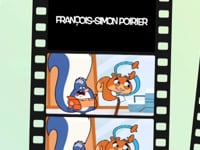 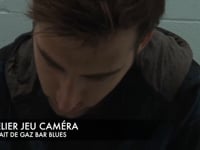 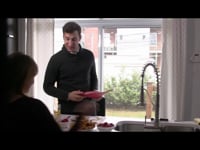