A graduate of the Lionel-Groulx College Music Theater program since 2005, Julie lovesto combine singing and dancing with acting.
We have seen Julie on television in the youth program CODE F broadcast to VRAK TV,but it's her role as Jessica Marcotte in 30 vies that made her known to the general public. She was also seen in Les Pêcheurs, Les Dieux de la danse and as a collaborator in theMaripier talkshow on Ztélé. She also had the pleasure of hosting the daily Danser pourGagner on V Network and having fun with Véronic Dicaire and René Simard on Ici, onchante.
For several years now, she has been having fun imitating various singers in Revue etcorrigée, the review of the year at the Rideau Vert Theater. She is part of the seriesRuptures and Les magnifiques, broadcast on Ici Radio-Canada Télé (CBC). She alsohosts À nous deux Canada, a show that takes her around the country, broadcast on theÉvasion Network.
On the big screen, Julie was part of Émile Gaudreault's film Le vrai du faux, as well as La nouvelle vie de Paul Sneijder by Thomas Vincent. We have also seen her in La Bolduc,by François Bouvier. 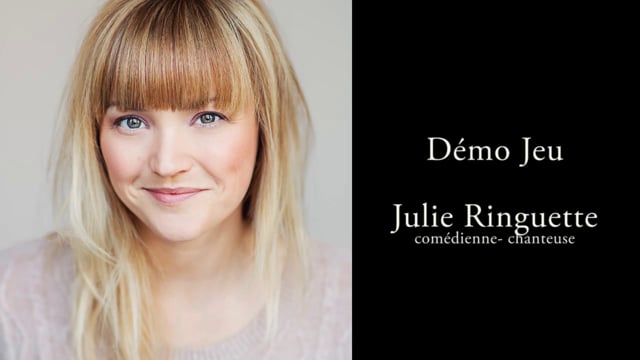